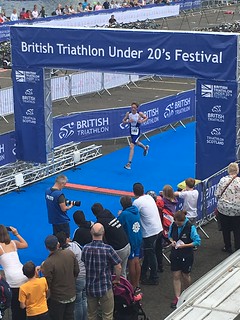 The super series are aimed at youth and junior age groups who are at the elite end of the sport The  races are draft legal races and points are accumulated though out the season with a prize fund of £3,000 spread across the top 5 by gender.

Entries are restricted and can only be entered using a code issued by British Triathlon to ensure a minimum standard has been achieved. In 2017, there is a Performance Assessment Weekend which takes place on 1st and 2nd of April at Loughborough University. This comprises a 400m (youth) and 800m (junior) swim on Saturday followed by a draft legal duathlon on Sunday and there are also a number of workshops which parents can attend too. Priority for entries into the Super Series is given to those attending the weekend.

The six Super Series races for 2017 are listed below.

You can find out much more information about each race by clicking on the race name.