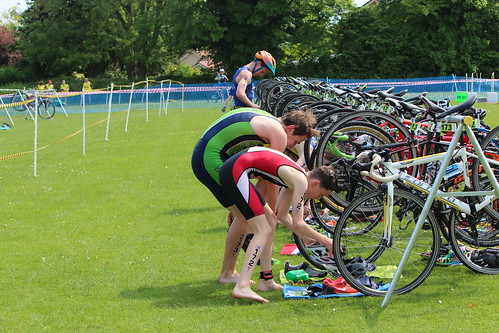 This is last of the Tristar categories and is based on age at the end of the year. TriStar 3's belong to Group F or Group C of our Saturday morning training groups.

Races are usually held on school playing fields on grass. There are a one or two open water races and if cycling on tarmac it will be on roads without traffic. Because of the short distances, quick transitions are important.

TriStar 3's can compete in our Club Championship and in the Eastern Region Children' League and there is asummary of all races on our East Region Race Calendar. On these pages the links tell you about each race and how and when to enter.

Talented TriStar 3's  should try to qualify to represent the East Region at the Inter Regional Championships ("IRC") which are usually open water races and bike draft legal. There are normally two qualification races each year.