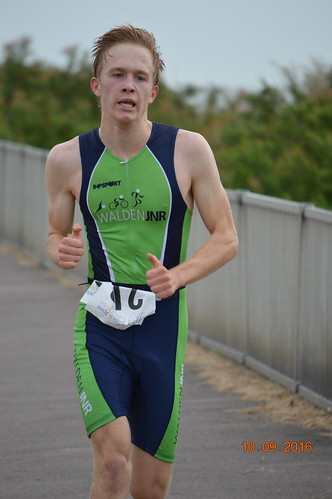 This is the last of the junior categories and members in this category train with Group C.

Juniors normally compete in sprint distance events alongside adults with the cycling often on public roads. Juniors can race in olympic distance events, but we don't recommend it.

Talented Juniors should try to qualify be be a member of the East Regional Academy who meet throughout the year for more intense race specific training sessions.

Talented Juniors can also apply race in the Britis Triathlon Youth and Junior Super Series which are draft legal races but will need to attend a Perfomance Assessment weekend before the start of the season to be eligible for these races.

Juniors who are not quite at Super Series level, can qualify at specific races to compete for the Great Brtitain Age Group team at European or World Championships, however this can quickly become quite expensive.

The standard distances are: