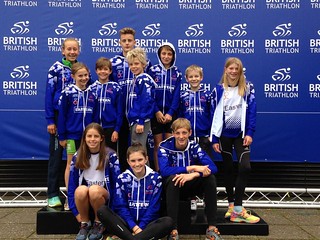 The IRC's are the National Championships for the Tristar 2 & Tristar 3 triathletes, with only the best from each region selected to compete. There are 13 regions which take part and the Championship. The 2018 Championship is part of the Under 20's Festival and is expected to take place in September.

Each team consists of 12 athletes made up of 3 boys and 3 girls from both Tristar 2 and Tristar 3 age groups. The East Region team includes all clubs from across East Anglia and you have to be a member of Triathlon England to take part.

The three IRC East Region qualification races for 2018 are listed below.

You can find out much more information about each race by clicking on the race name.